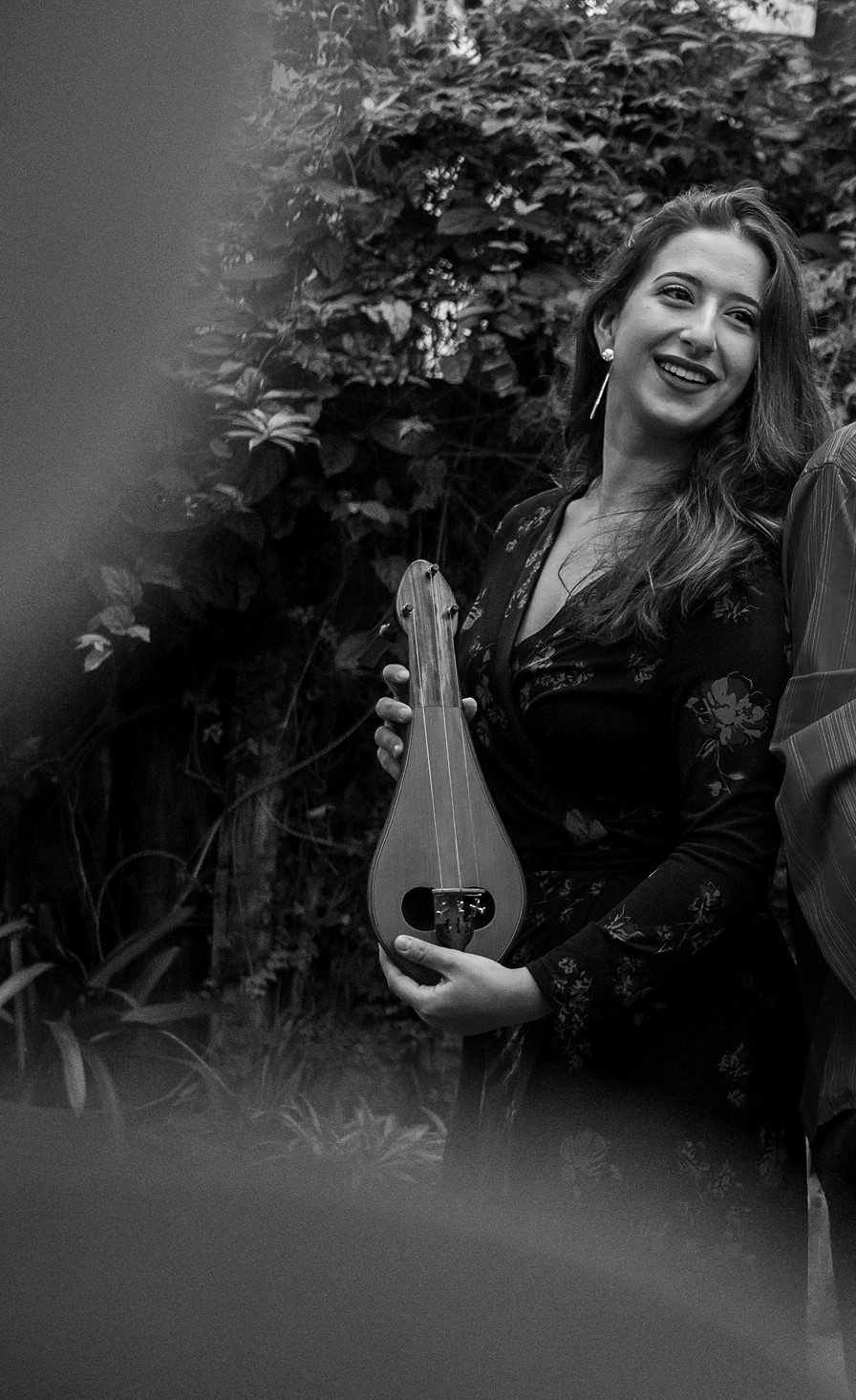 Chrysanthi Gkika was born in Athens and was introduced to Greek traditional music and folk dances from her early childhood. At the age of 13, she begun studying the lyra of Istanbul with Stratis Psaradellis, Sokratis Sinopoulos and Derya Turkan, along with her studies in Western classical music and piano.

In 2014, she continued her studies in the Department of Music, Science and Art at the University of Macedonia and specialised in playing the lyra, as well as Greek traditional/folk music and music of the Eastern Mediterranean region. Since then, Chrysanthi has collaborated with renowned musicians and ensembles from Greece and abroad in concerts and recordings, including Ross Daly, Kudsi Erguner, George Kazantzis, Nederlands Blazers Ensemble (NBE).